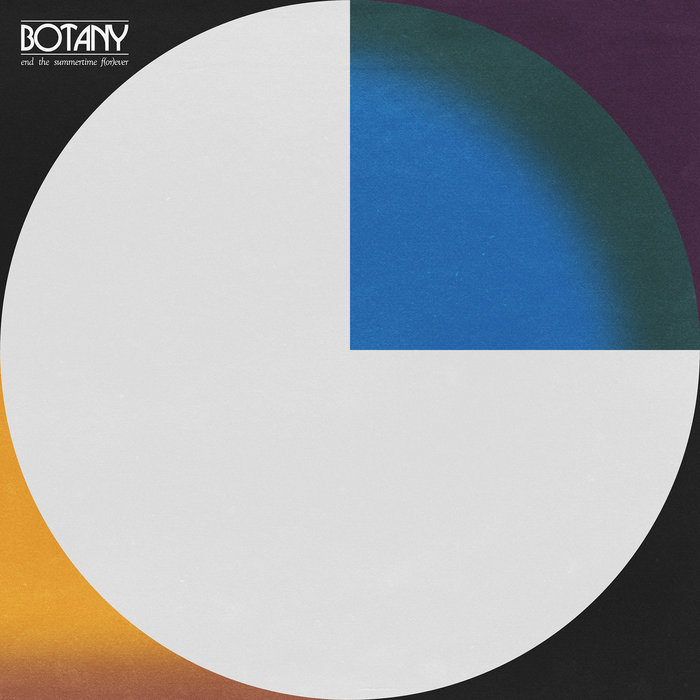 Extralife Made my four hour drive through winter weather in Missouri SO much more bearable. Kaleidoscopic beats and pieces were just what the doctor ordered.

Aaron Grissom Botany is the only artists whose records I'll blindly purchase without listening to first. He's incapable of putting out music that isn't excellent. And no big surprise here, another top notch release. Favorite track: Tele-Vangelis.

Johnny Slomo and the Greenhill Ponies

Austin-based producer and multi-instrumentalist Spencer Stephenson’s first solo LP in nearly four years End the Summertime F(or)ever is sample-studded mood board of bass-heavy abstract hip hop, spiraling psychedelia, and disco-house, that explores deep time, aging, societal upheaval, the afterlife, and the cosmic perspective as they appear through the distorting, relentless Texas heat. Though the album was titled long before the tumult of 2020, it serves as a premonitory fever dream of what transpired in the months between its completion and release.

“I came up with the title in fall of 2018, so it was never meant to speak explicitly about pandemics or protests,” Stephenson comments, “but in the years I was putting it together I couldn’t help but acknowledge that an era of complacency was coming to a close for me and for the world, and that instinct shaped these tracks more than any other factor.”

Like Gil Scott-Heron and Brian Jackson’s 1974 album Winter In America, Stephenson’s Summertime isn’t a season of leisure, but of seemingly endless sociopolitical, environmental, and economic forces bearing down from above, symbolized in the lingering high temperatures of overlong Texas summers. “When I was a kid summer was something to look forward to; a time of late nights, no schedules, using my time to explore whatever. As an adult, it’s been a season of frustrations that just seem to be drawn out by the heat. It’s a time of high bills, heat exhaustion, and avoiding the outdoors until the sun goes down, often well into November. Unfortunately the future holds these kinds of summers for more and more people in more and more places.”

In this sense, End the Summertime F(or)ever asks the listener to reexamine what adjectives like “sunny” will come to mean in a world of rising global temperature, and unrest that will inevitably keep rising with it. Will cultural relics like Gershwin’s “Summertime” come off as smug reminders of a more verdant past? Isn’t sunlight, often considered a rejuvenating force in the realm of metaphor, also capable of fading, melting, and warping all that it touches? Isn’t that sun that we long for in winter the same one that will someday swallow the Earth with total indifference?

In the meantime Botany hosts an auditory mass exorcism for the angst, fatigue, confusion, and fervor of the times, summed up in the album’s spoken-word tagline spliced from self-help tapes and evangelical rants: “You’re off by yourself / in a quiet place / picture the Earth / as seen from Space / it’ll be so groovy / it’ll be so great / at the end of summer / and the United States.”

Bandcamp Daily  your guide to the world of Bandcamp